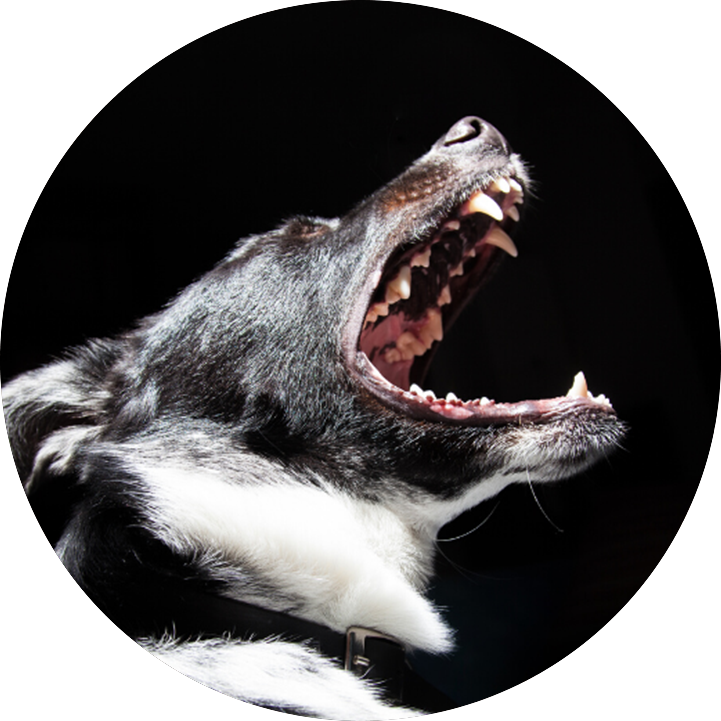 Does your dog bark and lunge at other dogs or people? Are you always on high alert and ready for him to crash into the end of his leash?

Reactivity can be improved a lot with the right approach!

We start the course right at the beginning of understanding classical conditioning, triggers, thresholds etc. Our training is based on behavioral science.

We will guide you and your dog step-by-step in your journey towards solving reactivity. Our methods are positive and free of fear or coercion.

Once you are signed up, the course is yours and you can always go back and revisit lessons. Need to revisit counterconditioning in a few months? No problem.

One of the problems I am called for most often as a dog trainer is reactivity. Some dogs generalize singular traumatic events such as being attacked as a puppy or even being scared by a large dog running towards them with friendly intentions.

Other dogs’ natural disposition makes them the ideal candidate for reactivity, such as high-strung herding breeds or nervy small dogs whose emotions quickly spiral out of control when facing their triggers.

Whatever the cause of your dog’s reactivity, know that a) it is not your fault and b) we can improve it a lot!

Typically used methods such as clicking and treating for looking away from the trigger or distracting the dog by telling him to sit often are not successful for dogs with medium to strong reactivity.

Instead of distracting your dog, we will target the problem right at the root: by changing the negative CER (conditioned emotional response) that your dog associates with his trigger. On the long run, this will not require you to rely on management (always having your eyes on the dog and being able to intervene in a split second), but instead bring your dog to a new understanding of ‘Other dogs/people are not actually so bad’.

The first part of the course focuses on explaining how reactivity develops, how classical and operant conditioning works and why